Pedagogics and Special Needs (the PS-group) 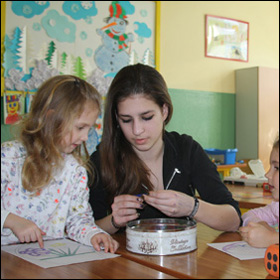 The PS-group is a research group at the Department of Education at Uppsala University. The group frequently publish in international journals and is one of the leading research environments in Europe in research about inclusive educating and the work of special educational staff. In addition, research is carried out in several other research areas (see below for each members personal presentation).

The research area Pedagogics and Special Needs focus difficulties that emerge in education in different historical, social and cultural settings where teaching, learning and socialisation takes place.  Contexts for empirical studies are the whole educational system from preschool to higher education but also work life and informal settings.

The PS-group runs a seminar. At the seminar research about inclusive and special education is presented, discussed and analysed. The relations between special education and areas such as pedagogics, didactics and educational sociology are also focused. Special attention is given to the implications of research with regard to the work of teachers and special needs educators. PS is used in letters in order to make an addition, Post Scriptum, which is made after the letter is written and signed. Often such PS contains important information that can change the interpretation of the whole letter. We regard it as a demanding yet suitable metaphor for our work at the seminar.

For information about our seminars please contact Claes Nilholm

Abstract
Some people need help to communicate with others. This may be due to challenges of various kinds, physical as well as cognitive. To some extent, one might claim that some people are communicatively “vulnerable”, since they do not have access to the same amount of communicative resources as the majority of the population. Assistance may be needed when they go to the doctors, or in school, or in other official places. In such situations, they can bring a companion who will help them understand what is going on, and help them express themselves about their needs and wishes. But as yet, there is little knowledge about what those companions do, and existing knowledge is fragmented. In order to shed further light on this important issue, we propose a network that will bring together academic researchers from three European countries who have specialized in studying interaction involving people who are communicatively vulnerable and their companions, and pool this knowledge. The network will produce a systematic account of the extant research and work towards a larger, funded project to ask: what practices help communicatively vulnerable people reach their goals? Are some practices the same across different groups (is supporting someone with dementia, for example, the same as supporting someone with intellectual disabilities)? How can we help companions, and the persons they support, to work more efficiently with doctors, welfare officials, teachers and other professionals?

Several resesearchers in the PS-group is involved in cooperation/interaction in different forms with different parts of the society, mainly the school system. Gunilla Lindqvist has e.g. recently been responsible for a research circle focusing inclusion. Claes Nilholm has a blog where central themes in educational and special needs are analyzed and discussed.

Lizbeth is a lecturer in pedagogy with interest in social practices, health care, medical and educational practices. She is currently working in projects together with SVA of new communication models on hygiene and infection control practices in activities where children and teenagers who hang out in close interaction with animals, mainly in 4H-farms. Participates since 2014 in a comprehensive inclusion project in a municipality. 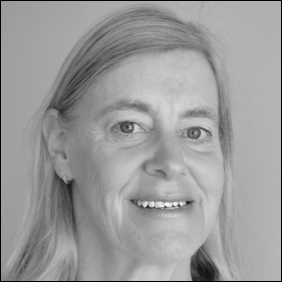 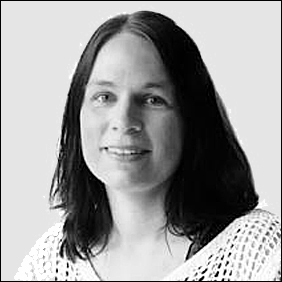 Petra is licentiate in Education with a specialization in special Education. Her interests focus on issues related to preschool. 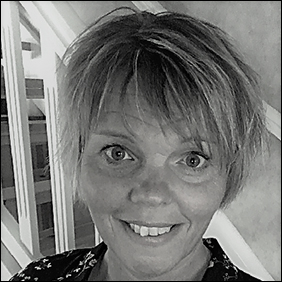 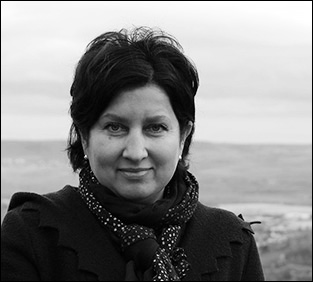 Liya is a senior lecturer in Special Needs Education at the Faculty of Education and Business Studies in the University of Gävle. Her research work is focusing on Development of Special Education towards Inclusion and how this developmental process is contextualised historically and currently by political choices in educational reforms internationally/comparatively (with special interests in the Eastern European neighbouring countries, South Africa and Argentina) 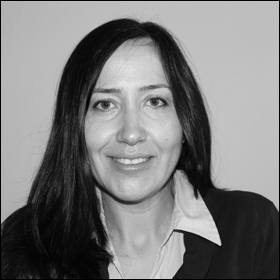 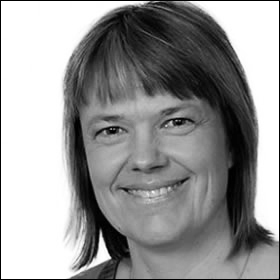 Gunilla is associate Professor in Education and Senior Lecturer in education, specialising in special education. She conducts research in preschool, primary school and special needs school. Gunilla´s research focus is especially directed towards occupational groups’ views on special needs, mostly related to the concept of inclusion. 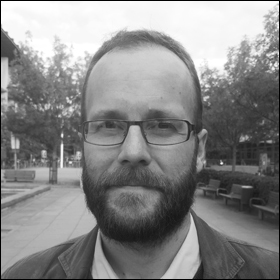 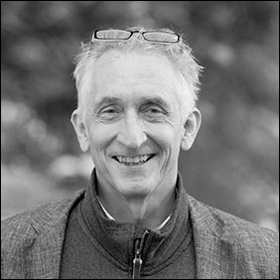 Niklas is an associate professor of pedagogy and researches children's and students' participation in everyday and pedagogical activities. He is particularly interested in how different types of communication aids affect the organization of social interaction involving students with severe motor disabilities, and how this affects the accessibility of learning environments and the participation of students. 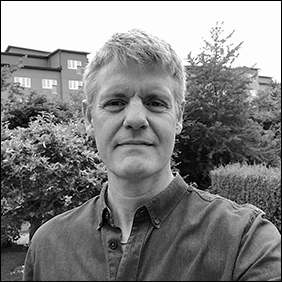 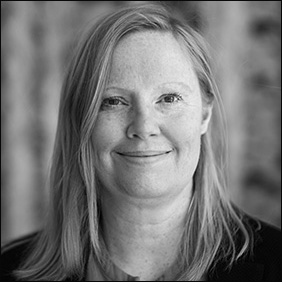 Ingrid is Associate Professor in Education and Senior Lecturer in Education. Her research is about issues such as pre-school and school education, children with neuropsychiatric disabilities, implementation, interaction between educators and other groups, children’s participation, social support, and educational leadership.

Eleni is a PhD student in education. She is interested in ways in which inclusive school communities are created and more specifically in questions regarding difference, power and relationships. 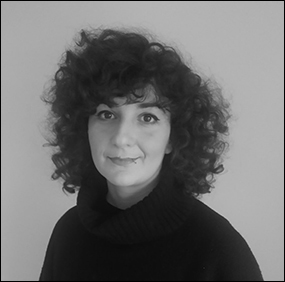 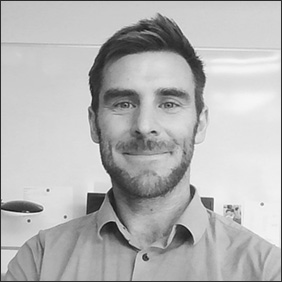 Sara is a PhD student in Education with focus on Special Education. Her research is about problematic school absenteeism, truancy and school refusal. 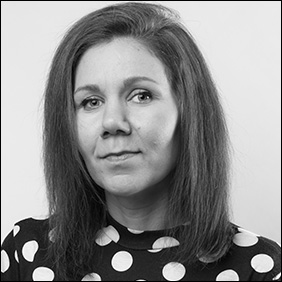 Kamilla is a senior lecturer, with a special focus on special education. Her research interests are at the intersection of the sociology of the body, feminist research and disability studies, which can best be described as conceptions of normality in relation to the body, femininity and (dis)ability. She is particularly inspired in her research by perspectives such as intersectionality, social constructionism and power. Her research aims to improve our understanding of the role played by conceptions and constructions of normality in constructing identities.

Caroline Sims is a PhD student in pedagogy. The focus of her research is on the concept of giftedness and how it is addressed as a matter of educational policy in a Swedish context. Her approach is from the perspective of Educational Philosophy with examples from both policy documents and teacher enactment in three types of classrooms; where explicit adjustments for giftedness are made, in the International Baccalaureate and in the Peak Programmes (spetsutbildning). In cooperation with the University of Gävle, Sims runs courses in teaching with a gifted perspective. She is the editor and co-author of the anthology Särskild begåvning i praktik och forskning (2021). Sims is one of Sweden’s representatives in the international network World Council for Gifted and Talented Children (WCGTC) and a member of ECHA, the European Council for High Ability. Currently, she is part of the formation of a Nordic network for research in the area, in cooperation with researchers from Norway, Denmark, Finland and Iceland. 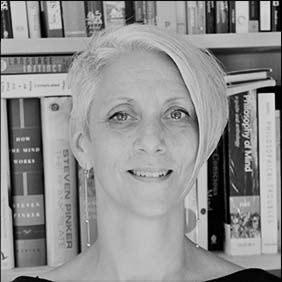 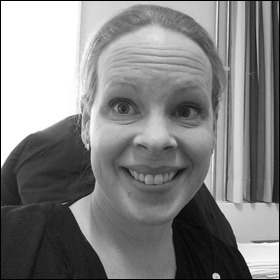 Johanna is a Postdoctoral Fellow in education with a specialized focus on inclusion. Her research interests cover children’s identity –and socialization processes, and addresses issues of bullying, conflict and school-based intervention work. 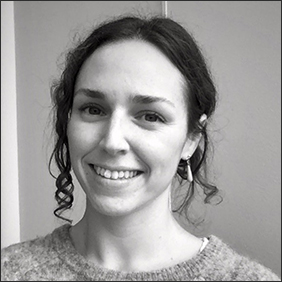 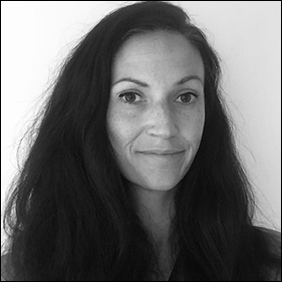 Mimmi has a master in special needs education and is now a licentiate in Education with a specialization in special Education. Her research interest regards inclusion in preschool. At this moment her research concerns how prerequisites for inclusion can be created in different preschool environments and children’s, staffs and principals perspective on inclusion.